The Hampton University Drum Majors, also known as “T.W.E.E.T. T.W.E.E.T.,” Are the leaders of The Marching Force. They mesmerize the audience with their flashy mace twirls and precise marching. They are a high-energy and strong group of individuals performing as one who excel in leadership, marching, and dedication. They are known to be the smoothest Drum Majors and lead the best band in the land.  Without this highly selected group of individuals, The Force would be a ship with no captain. With their whistles in their mouth and a mace in their hand they stand with 90’s and thoughts of battles to be claimed.

The Hampton University Piccolo section, also known as “Silver Streak,” Is the section that soars above the rest of the band. With the smallest instrument, they still produce sound that can cut across the entire ensemble. Known for their flashy twirls with their piccolos, they are a section that proves sound isn’t determined by the size of instrument. They enchant the audience with their technical sixteenth and thirty second note runs that aren’t for the faint of heart. Being the highest pitched section in the band and being able to play their notes the fastest, the piccolo section holds down the soprano part.

The Hampton University Clarinet section, also known as “Black Magic,” is a section that is truly underestimated and underexposed in The Force. The clarinets give extra color and support to the melodies, and at times, they even play the harmonies and the counter melodies. The clarinet is a versatile instrument, being able to play
high in range and very low, thus making it very useful in adding color and character to the music. They add to the soprano section and show themselves useful especially in the higher range.

The Hampton University Alto Saxophone section is known as “Saxomatic,” and they are one of the flashiest sections of the band. While they can play melodies and countermelodies that compliment every instrument from the baritones to the piccolos, their catchy dance moves really steal the show. They are versatile, energetic, and playful. Not only are the saxophones known for providing comic relief and maintaining the morale of the band, they also provide nurturing and comfort to those in need. They have a reputation for being one of the hypest sections in The Marching Force, and they bring full energy in everything that they do.

The Hampton University Trumpet section is known as “Brass-D,” and they are the leaders of the high brass section. They sing the melodies on their horns like heralding angels opening up the gates to Heaven. In their section they may also play the melody and counter melody at the same time. The trumpet section has the most
parts split between them, which forces concentration of individuality while playing as one. The trumpets are seen at the forefront of the band as they cut their melodic parts through the harmonies and countermelodies that stand before them.

The Hampton University Trombone section, also known as “Slide-Force,” serves as the heart of the low brass section. Being able to play chords within their own section gives them the greatest harmonic power in the band. They also can stand on their own and belt out strong tenor melodic lines. The nature of trombone playing (using a slide instead of valve combinations) means that trombone players routinely develop strong skills in pitch recognition, which aids in rehearsals as well as music arranging and composition. Hampton’s trombones have always been known to have the “nastiest slides” around town, which can be experienced in fanfares such as “Bonefunk” and “Remind Me.” The trombone section is a force to be reckoned with.

The Hampton University Baritone section, also known as “E.U.,” Is the most versatile section that makes up the F.O.R.C.E. They not only are able to play harmonies and support the lower brass, but they stand on their own as well. They can play the melody and support the upper brass with melodic runs. They also can play in the low register and give the band some extra bass. The baritone section is the smooth operator, being able to give that dark timbre and sultry sound to the F.O.R.C.E. They do it all. Named after the popular go-go group, the Hampton University Baritone section reminds you that the Experience is Unlimited.

The Hampton University Sousaphone Section, also known as “Low-Down,” is the section that establishes the band’s musical foundation. They are responsible for every root in a chord and the bass line to every song. With their funky bass lines, they are known to put the “funk” in “funkadelic.” This section known for being the craziest section in the band. They flip their horns around their bodies and push their playing abilities to the limits. Not only do they play the heaviest instrument and put out powerful sounds, but this is all done with a “Low-Down mug” across their face. They are know for musical selections such as their fanfare, “Faces,” and the unforgettable sixteenth note runs in “Somebody Loves You Baby,” arranged by the late Barney E. Smart. This section brings the impact of bass and is half of the rhythm section of the band.

The Hampton University drumline is known as “Sticky Situation.” They are the percussive driving force behind The Force. Known for their groovy cadences as well as their intricate sticking, this group bridges the gap between old school and new school by paying homage to old cadences while also beefing up the music they
play with new hybrid rudiments. At all times, the members of the drum line exemplify “C.A.P.E.,” which makesthem the hypest drumline around.

The Hampton Drumline consists of Snare Drums, Quints (Sextets), Cymbals, and Bass Drums. Be on the lookout for Tenor Drums and Cymbal Stations to be added to the line in 2018!

The Hampton University dance team, “Ebony Fire,” are the hot flames of desire, known for their technical routines and energetic choreography. This elite group of talented dancers provides the crowd with mystique and attitude. Their routines will have the audience asking for more while they throw their “swaggers,” turns, and leaps in the air. These ladies are true athletes and make dancing look easy while showing their pearly whites at all times. On the field and even in the stands, these ladies truly work from the beginning to end.

The Hampton University Flag Corps, also known as “Silky,” are the ladies of class and provide audiences with breathtaking twirling routines. They not only can handle silks, they are versatile in using hoops and chains. They provide our slow jams with wonder and anticipation to see the rise and fall of the flags. This dedicated group of young women specialize in bringing the flare and color to the field through visual effect. The purpose of “Silky” is to interpret the music that The Marching Force is playing via the synchronized work of flags and movement. The flagline uses different colors and styles of flags to enhance the visual effect of The Force as a whole.

The Hampton University Managers section, also known as “Black Diamond,” is the foundation and backbone of the The Marching Force. They facilitate the distribution of uniforms, instruments, and other equipment, and they also help keep the band hydrated on gameday. The managers voluntarily dedicate their time to serving the band, and without the managers, band would not be able to operate in an efficient manner. The managers are the driving force behind The Force. 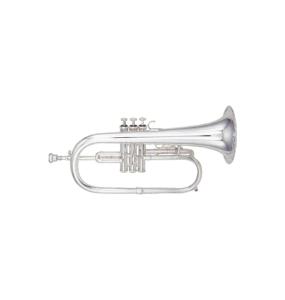 Come play the best instrument known to humankind! The Flugelhorn has a sweet and sultry sound that combines the range of the Trumpet with the smoothness of the Mellophone. There is simply no other instrument like it!

Flugelhorn – The instrument that is a gift from the heavens, of which most bands are not worthy. True story.

The Hand Cannons are coming!